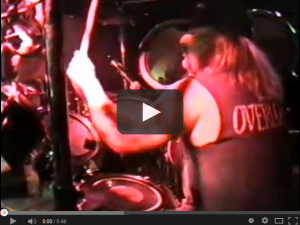 Chuck “Iron Fist” joined Vengeance as a trio with Guy and Curt and immediately went into the studio to begin work on the first album, Predator, on which they had already begun preliminary work with Curt’s brother, Dave, on drums.

Dave left to join Brat, ironically the band Mike had left Vengeance to join a couple years earlier, although he was no longer with the band.

Chuck brought real power to the material that began defining the Vengeance sound. Formerly a single bass drummer, he learned double-kick technique during the recording of the project in time to add it to several tracks. 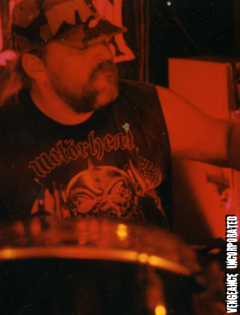 His commitment to the band was evident, as he showed up to begin work on the next project sporting a new “Vengeance Inc.” tattoo.