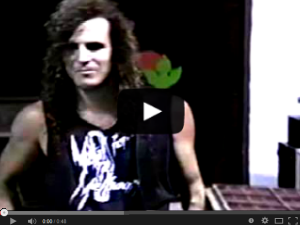 Guy was a founding member of Vengeance. Over 20 members of Vengeance have come and gone, but the vision and direction have remained pretty constant, thanks to the half-assed leadership of the Guyatollah.

Guy sings lead and plays bass for Vengeance live, and played lead, electric and acoustic guitar, keyboards and backing vocals in the studio on all Vengeance recordings.

He also produced, engineered and mixed all Vengeance projects in collaboration with Mike and Curt. He has maintained fabulous e.g.studios in Brandon Florida, recording many area bands and was nominated for Studio of the Year and Producer of the Year by Jam Magazine. 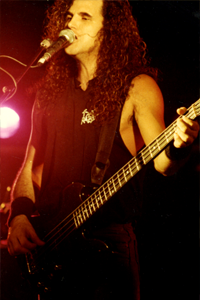 Guy has played in many side bands and projects in addition to Vengeance. He played bass and sang back-up in local indy/alternative heroes Tragic Rabbit, led by one of the Bay Area’s top vocalists and songwriters, Bo Smith.

He also played in other Bo Smith projects like Tiquila Mockingbird. Guy played in Todd Grubb’s Universe, a four-piece with a lead vocalist, as well as the Todd Grubbs Project, a progressive 3-piece instrumental band ala Joe Satriani, Eric Johnson or Steve Vai.

Guy currently sings and plays guitar for the cover band docweaselband, the Gameday Gate C Band for the Tampa Bay Buccaneers. He also does solo and duo acoustic work live. He still writes and records at his new studio in Brandon.