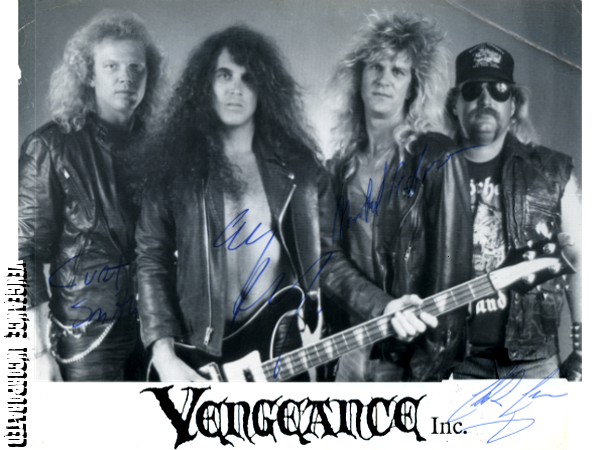 The first one is a “rare” promo shot autographed by all the members. Yes, we can spell our own names.

There were a lot more photos from this shoot, but unfortunately they’ve been lost over time. What does remain is a very rare shot of Chuck, pressured by the girls present to forego his hat and put mousse in his hair. A headband was added for effect. He really detested this shot.

The black and white band promo shot was used as the 8×10 promo glossy, with Vengeance Inc. (instead of Incorporated) beneath it.