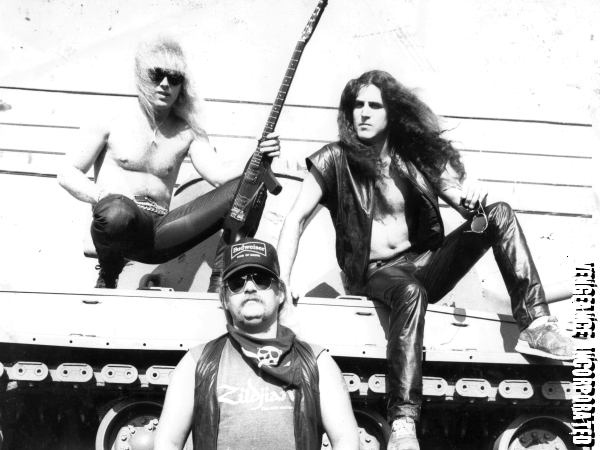 Photography by Katy (Curt’s girlfriend).We all rode around Tampa in my MGB 2-seater and parked wherever we could sneak a shot. The cathedral and the tank were planned, but the rubble was from a parking garage being demolished and we stole a few shots while the crew was at lunch before we got chased off.

We used these with the promo material for the Predator album. Mike wasn’t in the band at the time so of course he’s not in these photos.

Curt’s ‘machine gun’ guitar was given to him for Christmas by his then girl-friend Katy who went on to an illustrious career in the music biz with big labels and bands like U2. It played and sounded like crap but it looked cool. I believe he smashed it one drunk night, in the classic form, as Peter Townsend might.