September 2, 2021 By vengeanceincorporated No comments yet band, live, news 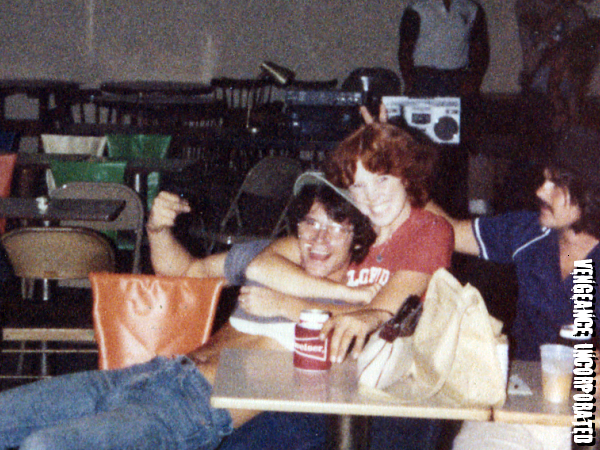 I’ve waited a long time to write this because everytime I started, I had to stop. I write honestly because it’s the only way I know how, and sometimes I let too much show. I hesitated writing this because tradition dictates that I write that Mitch was a fantastic drummer, one of the best I ever played with, that he was a wonderful human being, had a great and fulfilling life, was a loving husband, father, brother and son and that I have nothing but good memories. But that’s not so, and people are around who know it isn’t so, so without being a jerk about it. I’m going to put down my honest thoughts and remembrances. People have read other stuff I put on this site and said “wow, I didn’t realize you felt that way!” so it’s probably good just to lay it out there.

Mitch was my brother and part of Vengeance before it was ever thought of. I can vividly remember the two of us miming to Wings’ “Rock Show”, bugging our parents to get us instruments. I had an acoustic guitar, but it was hard to play, and I was in love with the fuzztone sound of songs like “What is My Life” by Harrison. Mitch always wanted to be a drummer, bashing it out on cardboard boxes until we finally got real instruments for Christmas. We had a gig by Valentine’s Day, no one sang, so we played them all with a rhythm guitarist who played with a bassy sound and I played the melody line. The little girls loved it and we were hooked.
END_OF_DOCUMENT_TOKEN_TO_BE_REPLACED

A Tribute to Curt from Katy

August 29, 2018 By Katy No comments yet Uncategorized

We recently heard from Curt’s former girlfriend, Katy. She and Curt were dating when Vengeance formed and while we were developing our first 2 albums Predator and Malicious Intent. She also took the promo photos for the first album. The guys in the band have posted their views but here’s Katy’s tribute from another angle, Curt’s romantic side.

Curt was my first “True Love”

To this day I can honestly say Curt was the best man I’ve ever had the honor of loving. He practiced integrity, honesty, loyalty, respectfulness, humility, compassion, and courage. He had a heart of gold.
END_OF_DOCUMENT_TOKEN_TO_BE_REPLACED 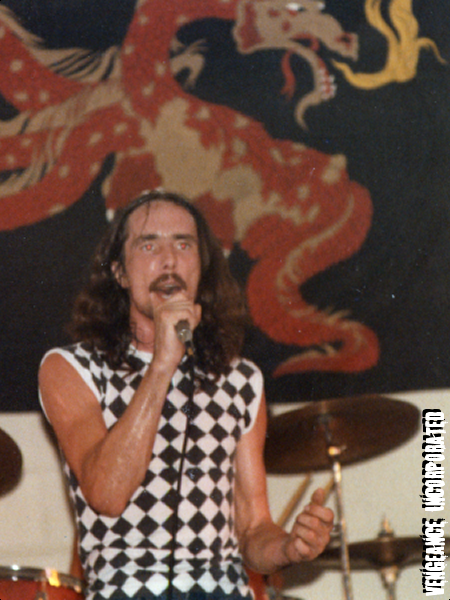 Carl was the singer from our living room and backyard party phase to our heyday at the height of Vengeance’s “keg party” days, when thousands of kids, who couldn’t get into bars after the recently passed drinking law, raising the limit from 18 to 21, needed somewhere to go to hang out, listen to music (and drink, get high and meet girls to, um, have fun with).
END_OF_DOCUMENT_TOKEN_TO_BE_REPLACED

In the past month I’ve accomplished some of the crap I felt needed done so I can wrap up this update for the next 10 years or so. I created this site in 1997, updated the design in 2006 and revisited it in July 2014 to do a less dated design.

I don’t foresee doing it again for quite a while. However, this time I have added quite a bit of new material and it’s all better organized, so it was worth it.

I do plan on re-encoding the live videos from VHS when I get a chance because these are from the 1997 version, then converted to flash, which wouldn’t work on this new site, so they were further degraded by uploading to YouTube.

I’ll reconvert and upload mp4 versions that can run directly when I get a chance. They are all on VHS and have to be encoded in real-time, and there’s 20+ hours of live videos, studio videos interviews and guitar clinics that will have to be digitized, edited into songs and encoded into the site, so it will take some time.

I also have all the rough footage for the Beijing video, which was never properly edited nor synched with the audio, and I’d like to do that sometime.

In other work I wanted to get done:

Another thing is I’m not happy with how mp3 files open when you click on them. I don’t want to embed them all in jukebox type things because then they are hard to download, plus it’s hard to see all the songs and their information graphically that way. I’d rather find a lightbox solution that treats them like images and videos.

This is done. I had to modify the styles so that it works in table and doesn’t break the cells or crowd stuff out, but it works. There’s also a tiny download button that isn’t immediately obvious, but if the new re-release goes through I’ll have to remove the download links anyway, and perhaps only include samples of the songs instead of complete versions.

Somehow I’ve misplaced all the high resolution image files for the covers, and there is a possibility that we might be re-releasing all the old stuff and I’ll need to find those.

END_OF_DOCUMENT_TOKEN_TO_BE_REPLACED 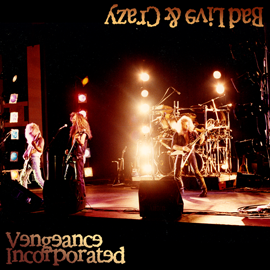 All the tracks are actually taken from the audio track of VHS 1/2″ video tape, so it’s surprising the quality is as good as it is. It’s probably a testament to the faceless, nameless drones working the mixing boards when we were playing- after Liz left we had no regular mixing tech and were left to the tender mercies of whoever the blase house guy was. I always used to tip the soundman in advance to get him on our side.
END_OF_DOCUMENT_TOKEN_TO_BE_REPLACED

January 14, 2015 By vengeanceincorporated No comments yet news, updates 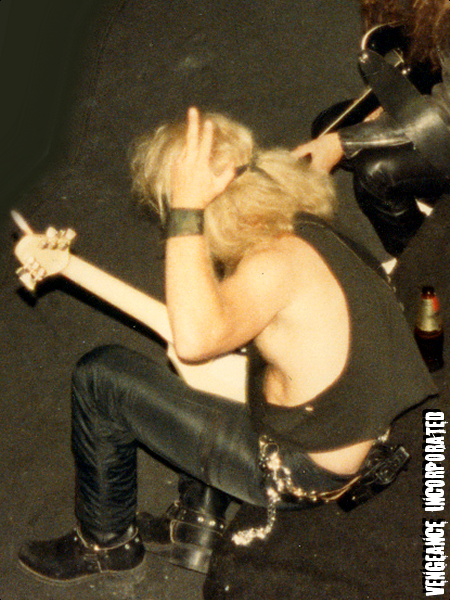 Finished, finally. All my extraneous shit is in storage, so it’s going to be a while before I can do it, but all the video is VHS > VOB > mpg > flash > youtube format and pretty terrible.

I want to go back to the source, re-digitize, then put it on a local format so I don’t have to go through youtube.
END_OF_DOCUMENT_TOKEN_TO_BE_REPLACED 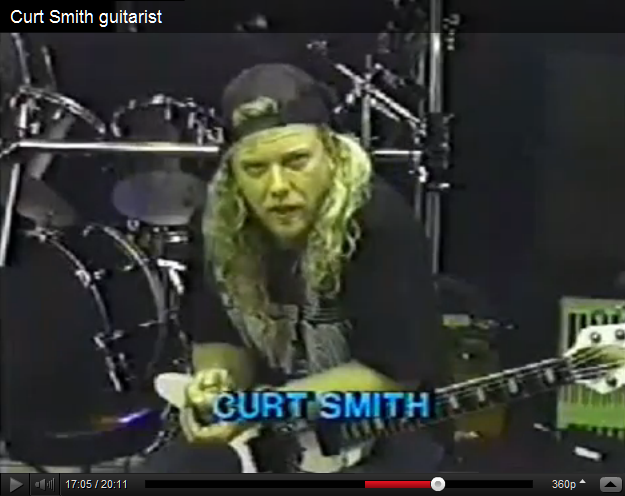 END_OF_DOCUMENT_TOKEN_TO_BE_REPLACED

August 29, 2014 By vengeanceincorporated Comments are Off band, interviews

This is a transcript of an interview I did with the lovely Dyanne Davis of the now-defunct online magazine RoadBand Ezine, an ezine dedicated to playing bands and their influences, and she wanted to talk to me about our main influences, and settled on talking about Judas Priest.
END_OF_DOCUMENT_TOKEN_TO_BE_REPLACED 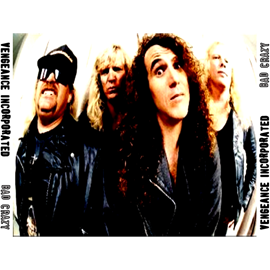 August 19, 2014 By vengeanceincorporated No comments yet photos, updates

Rescanned about 400 photos, cropped, resized, retouched, watermarked and coded into the site.
END_OF_DOCUMENT_TOKEN_TO_BE_REPLACED 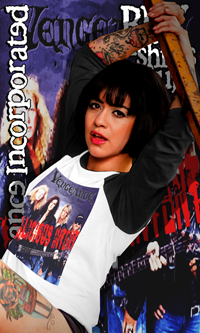 I had to move the site to a new server and just finished getting some of the perl scripts working again and other matters and decided to write a few words. I never have gotten around to adding more of the promo material, international magazines and fanzines, as well as a wealth of live performances which exist only in analog audio form.
END_OF_DOCUMENT_TOKEN_TO_BE_REPLACED