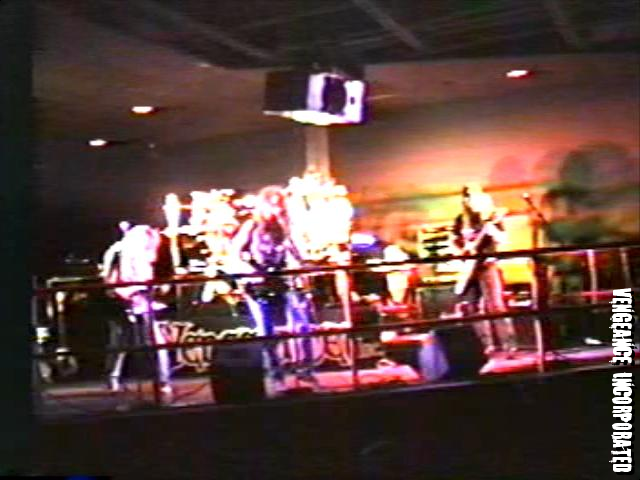 Well, its a weekend gig, but once again at the teen club with 5 other bands, all as obscure as we were but we took our accustomed opening slot because we got to play for all the other bands and their friends, and we probably outdrew the other bands put together 2-1, so after we were done the place got very empty, sad to say.

This was not a horrible gig, but we’d done better.

We had been asked back by the owners since we had a decent following, but I believe the place went bust the next month. Still, this one was fun and went well.!

Obviously we wouldn’t have opened with Nightmare, I would guess Todd was a bit late and missed the first 4 songs of our usual one hour set, no big loss.

This gig does feature some differences from our cookie-cutter performance of our usual set, very tight but very much the same. First, I attempt a crowd sing-along in Predator, which seems to get some of the crowd resentfully chiming in, but their hearts aren’t in it.

Other than that though, and my usual lame between song patter, there’s nothing much different here.